Global equities bounced back in December to cap off another strong year of performance, as concerns faded over the Omicron variant’s impact on the economy with its seemingly milder severity. The S&P 500, a benchmark for large cap US stocks, rallied +4.5% on the month for a +28.7% full-year gain.

Notably, emerging markets were one of the few equity sectors to lose ground in 2021, posting a -2.5% full-year loss led by a -22% decline in Chinese equities.

Fixed income markets ended the year in the red, with the Barclays US Aggregate Bond index dropping -1.5% on the year after falling -0.3% in December. Ten-year Treasury yields ended the year at 1.5% after starting 2021 around 0.9%, as expectations for sustained inflation pushed rates higher during the year.

After a turbulent 2020, this past year was a return to relative calm and normalcy, as our proprietary “Three Dials” were unchanged during the course of the year. We summarize our year-end readings below:

Despite select pockets of weakness, global equities showed remarkable technical strength on the whole for 2021, with a maximum peak-to-trough decline of just 6% on the year as buyers stepped in to buy any significant dips. History tells us that markets are unlikely to stay this calm, with a double-digit decline occurring roughly every 16 months.

That said, a yearly gain of 20% or more on the S&P has been followed by another positive year roughly 70% of the time, including the last nine occurrences. On balance, our Momentum Dial remains in a Positive position heading into the new year.

Average unemployment claims in the US dropped below pre-COVID levels for the first time in December, another encouraging datapoint as the global economy continues to heal from the pandemic. While the economic landscape is far from perfect (see continued supply chain issues and inflation uncertainty), our Fundamental Dial remains in a “Positive” position.

Equity prices have seen their own bout of inflation, with large cap US stock valuations reaching toward historic highs. Due to the risks imposed by these stretched multiples, our Valuation Dial continues to show a “Negative” reading.

Our Three Dials composite reading takes a “Cautiously Optimistic” view into the new year, as continued strength in the areas of Momentum and Economic Fundamentals are balanced by Valuation concerns. We continue to preach diversification and monitor the data closely, and we will communicate any changes accordingly. 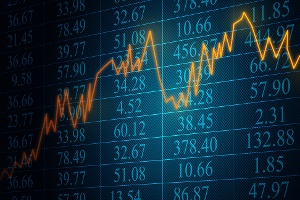